Sofia Carson an American singer & actress has a huge fan following. She has played various characters on TV screens since her childhood. Recently her Romantic & emotional drama Netflix original movie “Purple Heart” has been released on Netflix on Friday 29th July.

She is playing the main lead in the movie opposite Nicholas Galitzine. Their romantic chemistry was so amazing that even people have started to ask on the internet if Sofia Carson dating Nicholas Galitzine. Here are the full details about Sofia Carson’s dating life, who is her boyfriend in 2022, and whom she has dated previously.

But before we go deep into Sofia Carson’s dating history I would like to tell you more about Sofia’s personal life.

Who Is Sofia Carson?

Her real name is Sofia Daccarett Char but she uses her maternal grandmother Lauraine Carson’s name as her professional name. Sofia was born on April 10, 1993, in Florida, USA.  Sofia Carson started her career as an actress with a small role in Disney’s Austin & Ally in 2014. After that, she played many characters in different Disney movies from Descendants to Adventure In Babysitting to Tini, A Cinderella Story, and many others.

She made her singing debut in 2015 with the album Descendants. And later she did many singing projects and in 2016 she even released her single album “Love Is In The Name“.

The rumors started to spread after their original movie “Purple Heart” was released on Netflix. It is an amazing emotional story with a gripping storyline. The romantic drama is a story of two people from totally different thought processes making a temporary agreement of marriage and later falling in love with each other. Sofia Carson is playing the leading lady as Cassie Salazar opposite Nicholas Galitzine who is playing the role of Luke Morrow. Their acting was amazing and left people guessing if they are dating in real life too.

It is a story of a girl struggling with T-1 Diabetes who wants to make it big in singing and a man who is about to join the U.S. Marines. Their worlds are different and have different issues to struggle with. But one thing is a common factor in their both’s lives that they both are finding ways to cope with and the issue is financial debt. They find a way to end their struggle with financial issues by marrying temporarily. Because after marrying they will get military benefits for married couples. But how this agreement turns into an emotional romantic relationship and how they fall in love is the main storyline of “Purple Heart”. The Netflix original movie is getting a thumbs-up from the audience and the vast majority of people are liking the film.

This rollercoaster of emotion & love made people believe that Sofia Carson is dating Nicholas Galitzine in real life, too. But are they dating in real life? I might disappoint you with the answer but Sofia Carson & Nicholas Galitzine are not dating in real life. They are just good co-stars in real life. They are very good at their acting abilities. In the scenes, Sofia & Nicholas’s emotions and their struggle were so real and that was all due to their excellent acting skills and not due to something brewing in between them off the scenes.

Who Is Sofia Carson Dating?

You might be wondering if Sonia Carson’s boyfriend is not Nicholas Galitzine then who is Sofia Carson dating in 2022? Let me tell you that Sofia Carson is a very secretive person in real life. And when it comes to her dating life, she even becomes more secretive. She is not like the other celebrities who are always posting everything about their personal lives on their social media accounts. Even after going through Sofia Carson’s various social media profiles, we have not found anything sold to prove that she is dating someone in 2022.

Sofia has sung many songs about love in the past but she is afraid of falling in love. In her interview with Coveteyr, when she was asked about her song “Ins And Outs” on love and its meanings Sofia replied that her whole life, she was so afraid of falling in love. Because she means vulnerable and might get hurt in the love. I think this sums up all of Sofia Carson’s dating life.

But in 2018, there were rumors of Sofia Carson dating Sofía Vergara’s son, Manolo Gonzalez Vergara. Fans were guessing and at some point, they were convinced too about Sofia & Manolo’s dating. But none of them ever confirmed anything about their relationship. First Sonia shared a picture with Manolo on her Instagram in 2016 and then in 2018, Manolo shared a video of him squatting while holding Sofia on his shoulders. These sparked their dating rumors but eventually, everything just came out as only rumors as nothing was officially confirmed.

Sofia Is Dating Her Career.

Sofia Carson doesn’t have time for love. As per her interview with Cosmopolitan, Sofia said that she is not interested in dating as of now and she never has used any dating apps to date. She further added in the same interview that she made up her mind two years ago that she wouldn’t date anyone in the business. This makes it easier to focus on work & friends. In Sofia Carson’s own words, she said “I’m dating my career. I’m sure you are as well“.

Sofia Carson is a hard-working professional woman. She is a good actress and an amazing singer. There are a lot of Sofia Carson’s dating rumors going around but there is no confirmation from Sofia’s side. In final words, I can say that Sofia Carson is currently not dating anyone. 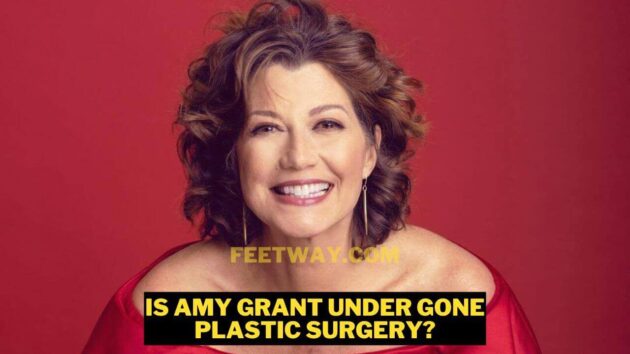