A new series has been released by Netflix on June 10th. This news series named “First Kill” revolves around the story of vampires and monster hunters. It is a teenage Vampire love story between Juliette and Calliope. Juliette is a Vampire & Calliope from a hunter family and they fall in love with each other. And their families are fighting each other for centuries. The characters of Juliette and Calliope have been played by Sarah Catherine Hook & Imani Lewis.

First Kill is getting a positive reaction from viewers and it is turning out to be a huge hit show on Netflix. After its release on 10th June, First Kill quickly reached the top 10 TV Shows list on Netflix and was on the list till 18th June at the time of writing of this article. And day by day the show is gaining popularity and achieving a higher position on the list. The show is based on the love story of 2 teenage girls. And as the show gained popularity, people started to speculate that the actor who played the lead roles in the show Imani Lewis & Sarah Catherine Hook Relationship might also be in a relationship in real life.

The fans of the show have given the lead actors a combined name of Calliette (Calliope+Juliette). And the Calliette Shippers (Fans Of The Show) were speculating about the dating of the lead actors in real life, too. But, fans sorry to say but the reel couple Juliette and Calliope are not dating in real life. Sarah Catherine Hook & Imani Lewis are not in a relationship. Apart from their online chemistry, they share a healthy friendship off the screen, too. And that might be the reason why people were thinking that Sarah Catherine Hook & Imani Lewis are dating. 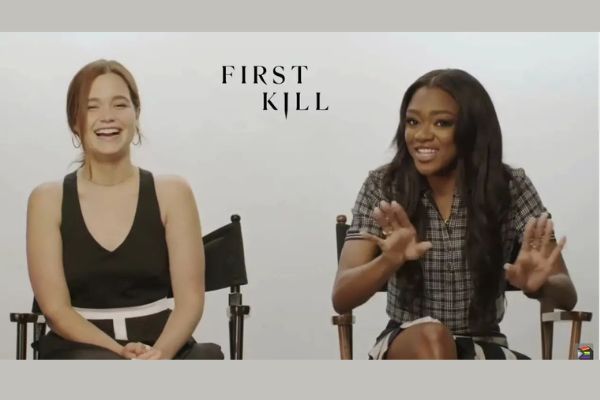 Who Is Sarah Catherine Hook?

As you all know, Sarah Catherine Hook is an American actress but you might don’t know that she is also a singer. Before pursuing acting as her career she used to be a music student at Suny Purchase College. She has a degree in Music in Vocal Performance: Opera. After graduating in 2017, she started to do some roles in various acting projects. She has played different roles in “The Conjuring 3″, “Law & Order: Special Victim Unit”, Short Video “Living in Harmony Sodastream” and ABC’s “Triangle”.

Sarah was born and brought up in Montgomery, Alabama. Sarah was born on the 22nd of April in 1995. Her parents are Hampton & Catherine Hook. Sarah has 2 siblings George & Forest Hook. While her college days, she started to take interest in acting and also attended the Atlantic Theater Company Summer Intensive. Sarah was maintaining herself in learning both the skills of acting & music at the same time around New York. She gained little popularity from her role as Debbie Glatzel in the horror movie The Conjuring 3: The Devil Made Me Do It.

Fans are going GAGA over the show. They are enjoying the First Kill show and speculating things about the characters and the show’s second season details. The relationship between Sarah Catherine Hook & Imani Lewis’s onscreen characters is the new talk of the town. The relationship is a representation of romance between two women and fans are very excited about this. People are sharing their views about Juliette and Calliope’s relationships on social media. Sarah herself has seen some of the reactions of the fans shared on various social media.

In her interview with The Wrap, Sarah in response to these types of reactions of the fans about their onscreen relationship told that it’s kind of insane. She further added that people are already shipping them together like making Caliette posts and stuff. It is so wired for her and she always feels like a little sceptical. Further Sarah says in the same interview that she doesn’t need to think big yet like she really doesn’t know. And in responding to the fan’s reactions to their onscreen queer romance thing Sarah said that based on how people have responded, she doesn’t think that she is ready for what is to come. And she hopes that it’s mostly positive.

She further told that she is sure that people will be mean but she is so excited and honestly she is really excited for people to have them. Have this couple and see themselves in this couple. She expressed her gratitude in the interview by saying that it is just special and it is so special to be a part of it. 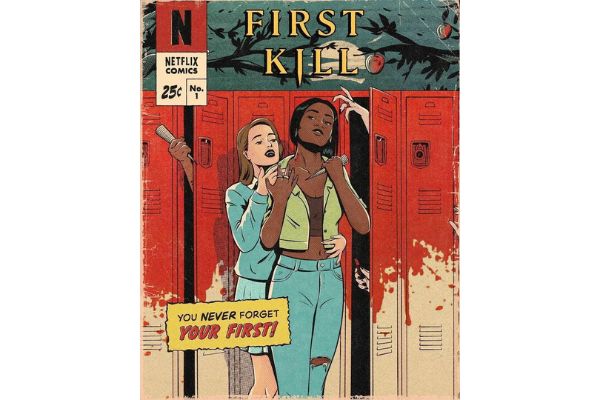 Sarah in First Kill plays the role of a shy teenage girl Juliette Fairmont. Juliette Fairmont is a vampire who falls in love with the monster hunter family’s Calliope Burns. Imani Lewis plays the role of Calliope Burns. Both of their families are in a feud with each other for centuries. It is a kind of the families’ history and legacy to fight each other for power. Every generation is just following the roads that their ancestors have followed without even thinking that “Why Anymore?“. It is kind of their job that each family member from both sides are doing for centuries.

Sarah Catherine Hook become a popular name after her Netflix Show “First Kill” was released. The show has got positive feedback from its viewers. After the show gained popularity among youngsters, people wants to know more about Sarah and her personal life. People also want to know about the relationship stays of Sarah Catherine Hook and her dating history.

We tried to find some details about Sarah Catherine Hook’s relationship and we didn’t find any solid proof about her dating someone. There are some old photos of her with a guy on her Instagram and we noticed that people were commenting nice couple type things on her photos with that guy. But nothing has been said by Sarah, so we can not confirm anything about her relationship status. This handsome guy can be her best friend or something else we don’t know. Until Sarah reveals details about her dating & relationship, for us she is single. 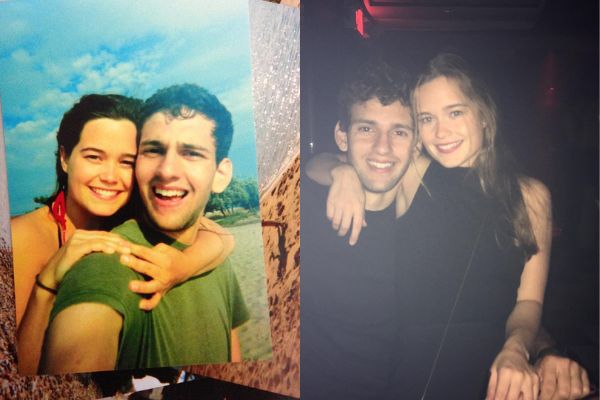 People are also searching for her personal details like Sarah’s height & weight. There are not enough details available about her physical appearance on the internet but I have found some sources from there I can share some details about Sarah Catherine Hook’s Height & Weight. The details are mentioned below.

The one-sentence conclusion is that this is not confirmed that Sarah Catherine Hook is in a relationship with someone currently. About her past dating, we don’t know anything yet until she says anything. And if we talk about the show then we can say that the show First Kill has got a huge response from the audience. And currently, it is in demand and people are asking for the second season of the show. Fans of the show had set up watch & re-watch parties to increase the viewership of the show. Because Netflix only renews the seasons of the shows which are getting a good viewership. Let’s hope Netflix brings the second season soon.