We will go through all these things that are related to Oprah Winfrey’s weight loss but before that, I would like to take you through Oprah’s personal life and tell you what difficulties she has faced in her life and how she has become such a huge personality.

Who is Oprah Winfrey?

Her full name is Oprah Gail Winfrey. Oprah Winfrey Was born on January 29, 1954, in Mississippi’s rural area to a very poor family. Oprah’s mother  Vernita Lee was a single teenage mother who worked as a housemaid. Oprah spent six years of her childhood with her grandmother from her mother’s side. Her grandmother was so poor that sometimes Oprah had to wore dresses made from potato sacks.

Later she moved to Milwaukee with her mother. At the age of 9, she was molested by her cousin, uncle and other family members. For the first time in her life, Oprah talked about these horrific incidents of her life in an interview she gave to The Philadelphia Inquirer a local newspaper. You can read more about Oprah’s life’s this tragic incident in NYTimes‘s article. At the age of 14 and become pregnant, But her baby was born premature and died During the period of infancy. Then she moved to Tennessee and got a job in Radio with ongoing High school Studies.

Then soon after Oprah became a co-anchor on evening-time local news. In one of her interviews in 1991, Oprah said that she was sent from the news to a daytime Talk show because she failed at the news and was about to be fired. From the first day of her talk show, she realized “This is what I should be doing from all time” Oprah brought that show from third to first rating, and then she started her own production company, and then she never looked back and once she was titled the Only Black Billionaire in the world.

She had 3 other siblings. 2 step sisters and 1 step brother. Her younger sister Patricia died due to her drug addiction at the age of 43 in 2003. Her younger brother died due to AIDS in 1989. And Oprah didn’t know about her third sibling her younger half-sister until 2010.

Below is the journey of Oprah Winfrey’s weight loss year by year. 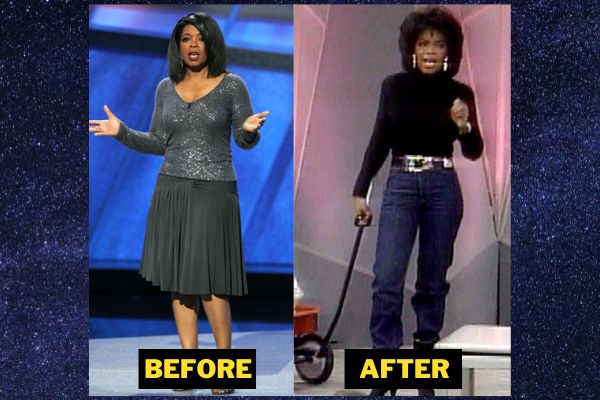 When 1994 came Oprah gained weight again and Completely understands that if she doesn’t exercise regularly she is gonna gain weight like 0.5 pounds every day, But again she toned up and lost weight again. Oprah even took part in the Marine Corp Marathon in 1994 and completed the full marathon. 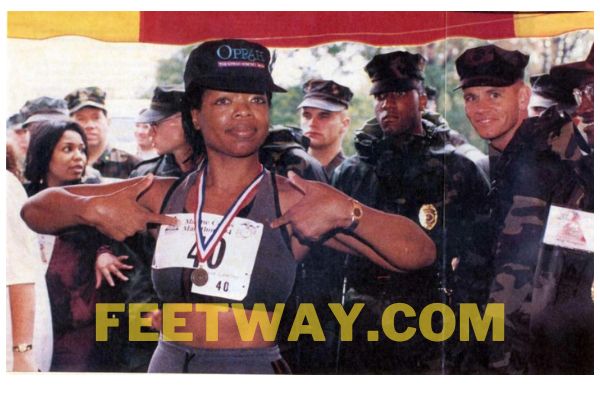 Then in 2007 Oprah lost a lot of weight again. She thought that “Wow I have found the magic bullet” she thought that she has found the perfect exercise no matter what she eats and how much she eats she will always remain in her shape with the help of exercise, But it took her a year to make her realize that she has developed a disorder a disease. And that was Hyperthyroidism.

Hyperthyroidism is a condition where the thyroid produces too much hormone Thyroxine. Which can boost your metabolism and in the end it can cause unintentional weight loss.

When Oprah got diagnosed with Hyperthyroid and once her Metabolism level came down her Body weight came back again. At one point Oprah became very frustrated with her weight gains and decided to take her life back again and by 2009 Oprah shifted her focus from instead of strict diet now she was focused on being healthy. 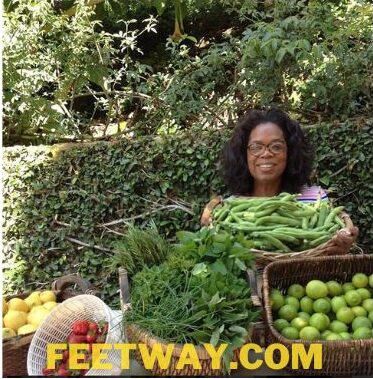 Then through all the ups and downs in 2015, Oprah again gained weight and in the January of 2015, She decided to lose 20 pounds of weight gain. Unfortunately, Oprah hurt her ankle and couldn’t exercise, So instead of losing weight, Oprah gained 17 pounds of weight in a month. In 2015 she got a call from Weight Watcher to consult her about her weight problem which has helped her so much.

Oprah Winfrey’s weight loss journey is also interesting as her life’s journey. On January 3 2017 Oprah Launched her book Food, Health, and Happiness. The book is about cooking and the journey she is been on and truly about self-acceptance & about her life experience of weight loss and food.

How Did Oprah Winfrey Lose Weight?

Winfrey follows the 30 points diet. In one of her interviews with People magazine, Oprah reveals her diet. When Weight Watcher contacted her in 2015 she shifted her mindset and diet as well. In her diet, she gets 30 points a day and every meal has a certain number of points and approx 1700 calories.

Here is the detailed diet plan of Oprah Winfrey that helped her in her weight loss journey.

The breakfast has 5-6 points in Oprah’s diet. For her breakfast must be heavy and full of protein. It is widely believed that a Protein-rich breakfast always helps in weight loss. Below are some of Oprah’s favourite breakfast foods.

She counts 8-10 points for her lunch.  For lunch, Oprah Winfrey mostly likes to have green veggies as salads. Detailed food items are mentioned below that Oprah likes to have in her lunch.

The Rest of the points are for dinner. Again in her dinner, Oprah Winfrey eats light meals.

Every Monday in Oprah’s week is called Better Monday on which she eats a specific fish. During the day she also has 2 points of wine in her diet.

Oprah Winfrey After Before Pics

Images speak a thousand words. And yes that’s correct. Images always speak the reality. Here images are glorifying Oprah Winfre4y’s weight loss reality. Here are some of Oprah’s weight loss after & before pictures. These photos are from her over the years of progress. All pics are not from one timeline. It is showing her yers by years progress in her weight loss. 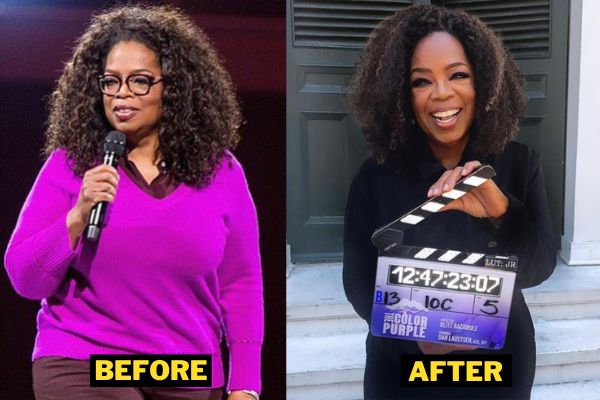 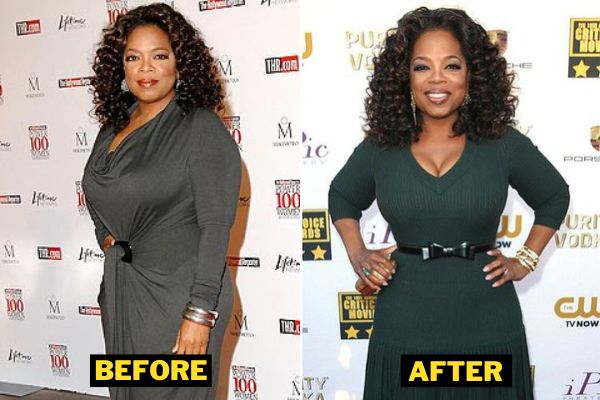 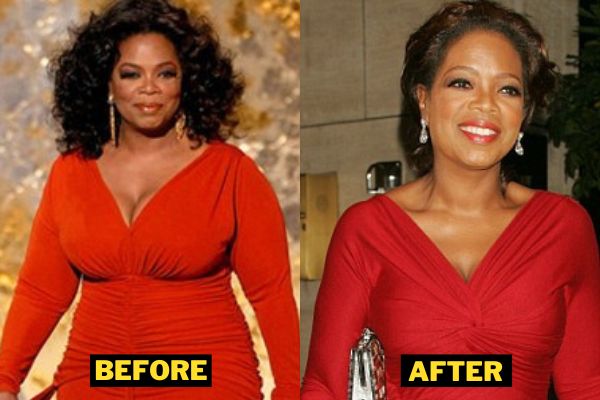 There are a lot of video ads going around about Oprah Winfrey’s Weight loss keto Gummies on Facebook. The video was with the caption “Claim your fitness gummies from Oprah until the 30” The video was posted on various profiles and went viral instantly. The video claims that these Keto Gummies help you lose weight faster and burn your fat and the product is endorsed by Winfrey. As the video started to create buzz and people started searching about Oprah Winfrey’s weight loss keto.

Oprah’s official members had to come up with the statement. Oprah’s spokesperson said that Winfrey got nothing to do with the product. In our research, we have also not found any genuine facts about the product being endorsed by Oprah Winfrey. And even USAToday made some research about the product and its claims and the claims turned out to be purely marketing gimmicks using Oprah’s name for viral marketing. Oprah Winfrey’s weight loss gummies are not related to her and it is a total fake.

From being born in a poor family to becoming one of the most popular TV personalities in America, Oprah has come a long way. Suffering from a bad childhood to becoming an inspiration for millions of women, Oprah Winfrey has worked a lot on herself. According to Forbes, Oprah Winfrey’s current net worth in 2022 is 2.5 Billion Dollars.

WW(Weight Watchers) has various programs and According to the brand’s website, They design a different plan for everyone.

Ans. Oprah Winfrey takes a balanced diet. which includes lots of fruits, pancakes, and smoothies for breakfast. For the rest of the day, Oprah likes seafood and shrimp to be more specific. Shrimp is a pretty healthy choice if not cooked with heavy sauce or other heavy elements. Pasta, Cauliflower in mashed potatoes. and other healthy things.

Ans: As of reports her current Net worth is 2.5 Billion U.S. dollars.

Que: Who is Oprah Winfrey’s husband?

Que: How much weight did Oprah lose?

Ans: Oprah loses 40 pounds of weight through the WW program. 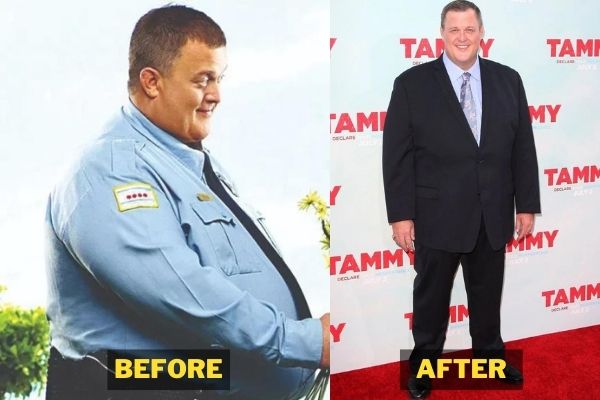 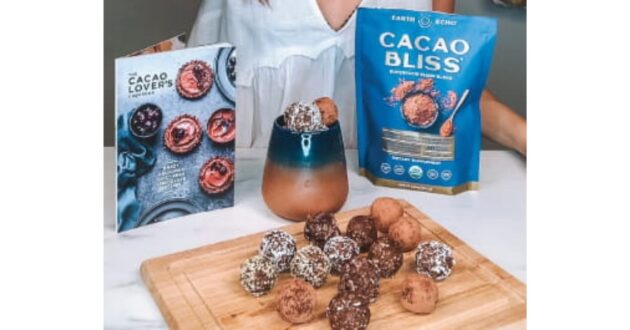 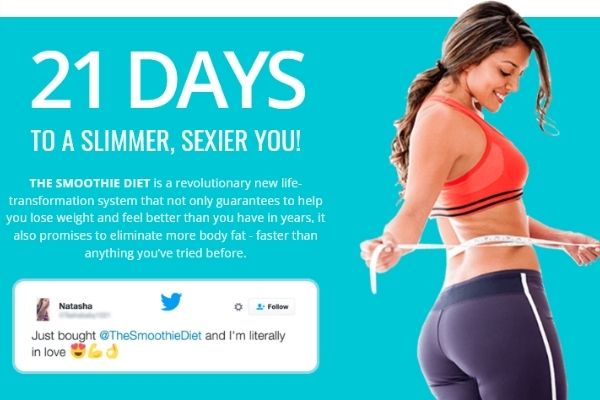 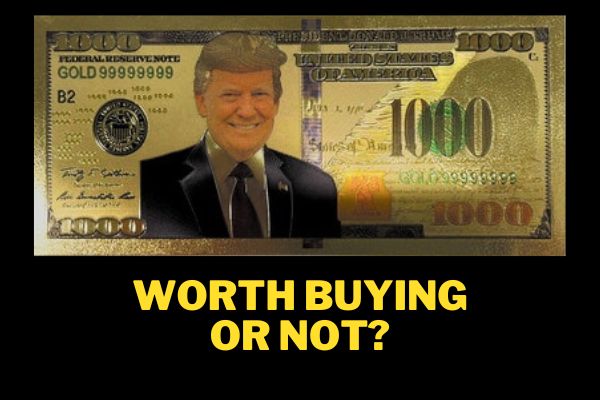 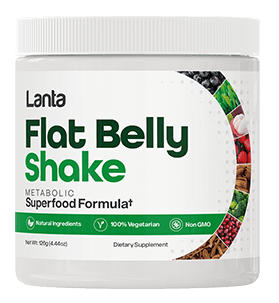 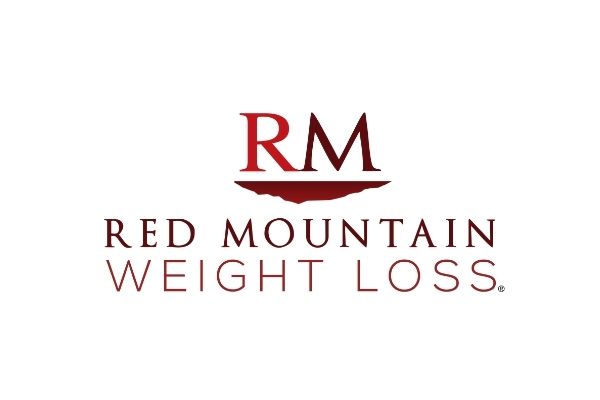 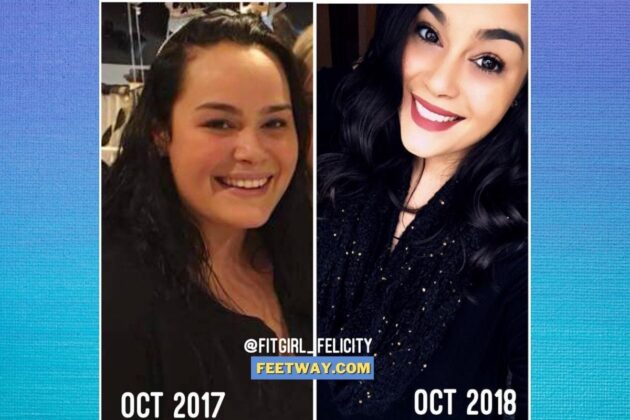 1 thought on “Oprah Winfrey Weight Loss 2022. What Helped Her To Become Fit?”