Are you also having this question in your mind then you will find your answers here in this article about Kim Kardashian’s Weight Loss for Met Gala 2022. Which weight loss diet did Kim Kardashian use and apart from diet what other steps did she take in order to lose a lot of pounds of weight?

Kim Kardashian wanted to wear Marilyn Monroe’s very famous birthday dress. In a live stream from Met Gala 2022, Kim was answering some questions for American TV journalist La La Anthony. In that live stream, Kim told about her appearance in Marilyn Monroe’s dress. Further in chatting with La La Anthony, Kim told that she had the idea to put this dress on and try it on. And Monroe’s dress came in tight security & safety with armed guards and gloves to try it on. Kardashian further told that she tried it on and it didn’t fit her.

When Kim Kardashian was thinking about wearing Marilyn Moroe’s dress at Met Gala, in 2022, she thought in her mind that she would definitely fit into Monroe’s dress. Kim had a belief that Marilyn was extremely curvey and Kim imagined that Marilyn Monroe was bigger than her in some places so her dress would fit her. But when the dress didn’t fit her, Kim cried because the dress holds historical importance and can not be altered in any circumstances.

But Kim Kardashian was determined to wear only Monroe’s HBD dress at Met Gala. And to do so, there was only one option left for Kim Kardashian and that was to lose weight. She had to lose 7 kilos of weight to get into shape to fit in the dress.

Kim Kardashian is quite famous for losing weight. Many times the 41-year-old celebrity has surprised us with her amazing weight loss transformations. Like Met Gala 2022, Kim Kardashian also lost weight for Met Gala, 2018. In 2018 she lost 7 pounds in just 2 weeks for the same reason as she is having in 2022 to get fit into her desired dress to appear at the Met Gala.

In another life event, Kim Kardashian just inspired many people out there with her shocking weight loss transformation. After she delivered her second child, she put on post-delivery weight.  But for a model like her, weight gain was not normal and she didn’t get used to that. She used a very strict Atkins 40 Plan diet to lose weight. With her very-very strict diet, Kim lost around 70 pounds.

Here in 2022, Kim lost 16 pounds in just three weeks. In order to lose such weight in very less time and get fit into the dress, Kim has worked so hard. She mainly has focused on two things first is her strict weight loss diet and the second is some workouts and other weight loss factors that you will get to know below.

To lose weight for Met Gala 2022 event, Kim Kardashian used a very strict weight loss diet. She further explained that a strict diet in terms of what to eat and what to avoid eating and strict diet doesn’t mean that she starved herself to lose weight in 2022. Kim Kardashian followed a crash diet. In this crash diet for rapid weight loss, Kim mainly focused on eating pure & cleanest veggies and high protein intake. Apart from increasing protein and green veggies in her diet, Kim removed some foods also from her strict weight loss diet in order to speed up the weight loss process as she only had 3 weeks for shaping herself so, she can fit into her desired dress and appear at the Met Gala event. Kim Kardashian completely removed all carbs and sugar-containing foods from her diet for three weeks. In the last three weeks before appearing at the Met Gala, she didn’t have a single carb or sugary food.

Apart from the Met Gala event, Kim Kardashian is known to have a healthy diet plan always. She always prefers to have organic, pure, and plant-based products on her food menu. Kim also revealed that on an interview with a leading news agency that she is having Sea Moss Smoothies. Sea Moss Smoothies are high in anti-inflammatory nutrients.

This is a regular exercise routine for Kim Kardashian. But to prepare herself, Kim has added some extra things to her physical training in order to get slim down speedily. At the Met Gala event, Kim herself accepted that she used to wear a sauna suit two times a day to burn her extra fat. And Kim also runs on the treadmill to fit into Monroe’s dress.

After all these strict diets and workouts and Sauna suits and all that, finally, Kim Kardashian was able to lose weight and get fit into Marilyn Monroe’s dress for the event. And again it was a crying moment for her.

After The Met Gala Event

Kim Kardashian told La La Anthony about her after-event plans. She told her that as soon as the event is completed she will go to the hotel Ritz Carlton where is she staying in  New York City and is going to have a pizza & doughnut party with her sister Khloe Kardashian and boyfriend Pete Davidson.

And that’s true. Kim Kardashian skipped the Met Gala after-party and straightly went to her hotel. And after about 1-2 hours Kim with her sister Khloe and boyfriend Pete left the hotel in New York City to get back to their home in LA.

Kim shared a lot of images and stories on her Instagram where she is having a pizza party and also shared some pics of them having fresh doughnuts made for them by Doughnuttery.

Just to be able to wear Marilyn Monroe’s glittering beaded gown, Kim lost 16 pounds in just three weeks. Then why Marilyn Monroe’s dress is so important? Marilyn Monroe’s dress has a uniqueness. And even Kim Kardashian was so grateful that she hot a chance to wear the dress. Marilyn wore this dress in 1962 to sing Happy Birthday to the then US president Jhon K Kennedy. The dress was designed by Jean Loius. Jean Loius was a famous Hollywood costume designer and an Academy Award winner. The dress was kept at Ripley’s Believe It or Not! Museum in Orlando, Florida. They bought it from Julien’s Auction for $4.81 million.

But if all her efforts at weight loss would have gone in vain and if she wouldn’t fit in Marilyn Monroe’s 1962 dress, then Kim also had another option in her mind for Met Gal 2022. The second option, Kim had in her mind for the evening was a gown that looked exactly like the one Marilyn wore to the Oscars in 1962. But luckily, Kim didn’t have to make a compromise with her first choice. Kim Kardashian was able to lose weight for Marilyn Monroe’s dress.

Most people out there do not like her idea of a crash diet to get in shape in three weeks. And above that, some peoples are not happy that she is promoting a crash diet for weight loss, and criticize her for her extreme weight loss and for eating pizza and donuts just after the event. Simply the Twitterati is not happy with her idea of totally cutting back on carbs & sugar and then suddenly after the event completes, she is loading herself with pizzaz. It is totally unhealthy.

Some people even showed their concern on Twitter and said that it is not good to talk about Kim Kardashian’s rapid weight on National Television because some youth can watch it and bring this crash diet as a therapy to defend their eating disorder.

And even some for concerning about her health as she is a mother of four and this type of crash diet and strict diet is so unhealthy & irresponsible for a mother. And some people even asked people not to look at her 16 pounds of weight loss in 3 weeks as a cool thing but as scary and unhealthy.

One girl on Twitter wrote that Kim Kardashian was looking beautiful at the event but she always promoted unrealistic beauty standards for years. And this is appalling to her.

Here are some of the real user reactions to Kim’s weight loss for Met Gala 2022.

Clothes are meant to fit you, not the other way around. #MetGala #MetGala2022 #KimKardashian

Also let this put to bed the ridiculous notion bandied about that Monroe was a UK size 16.

No one on earth can possibly believe Kim K had to lose more than a stone to fit into a size 16 dress.#MetGala #KimKardashian #MarilynMonroe https://t.co/USevh9PdEH

Always there are positive and negative thoughts about any matter which is related to a celebrity. It totally depends upon you how you take things. Bu as a person, I also would not recommend anyone to try or implement such crash diets. It is so unhealthy and might be risky too for some people. Just take this event as entertainment and nothing else. 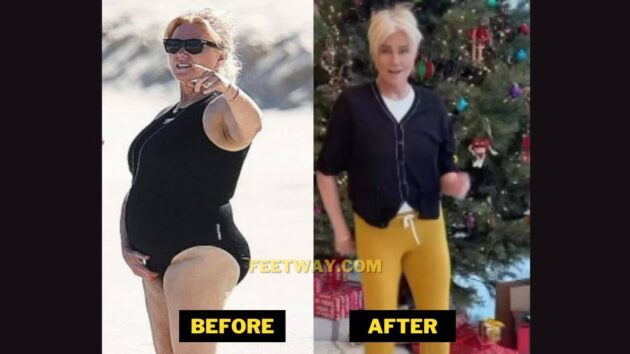 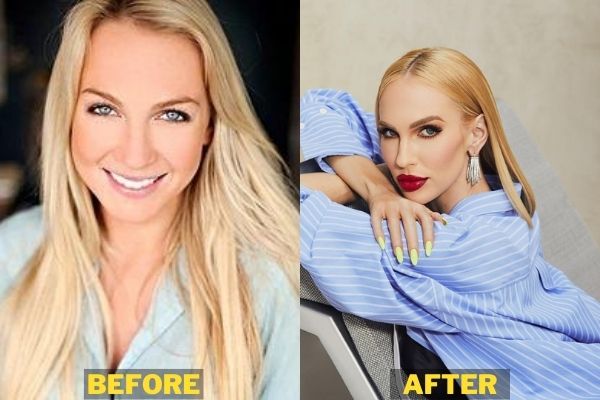